So I was reading in 1 Kings and came to Elijah’s showdown with the prophets of Baal and it got me thinking.  And then writing– so this is what I wrote.

The weary prophet sighed deeply and slowly rose to his feet. It was time. A full day of anticipation- with a healthy dose of well-deserved mockery for the so-called prophets of Baal- is over. Now for the real thing.

Elijah had been waiting for this show-down for some time. Months in seclusion, attended to only by birds and the occasional rodent. Waiting. Waiting for the water to dry up and for people to get truly desperate. Sadly, people don’t seem to get around to seeking God until the situation is truly grim. And desperate they’ve become—enough to bring them in large numbers to this mountain top, to witness this confrontation.

All those months alone had afforded him plenty of time to visualize this scene. The timing needed to be just right. Yes, let the pagans do their dances and rituals all day long. Yell and scream and cut themselves. Of course it was meaningless, but let them have their little show. But they needed to be finished by late afternoon. And their turn was now over.

What mattered to Elijah was not simply the demonstration of dramatic, raw power that was about to flash from the skies. Of course that would be memorable. With all that Elijah had seen and experienced, he had no doubt that Yahweh would come through with fire, followed by rain. But what Elijah wanted, even more than the stories that would be told of this day, was that the people would remember.

That’s why the timing needed to be just right. The altar needed to be rebuilt, just so. The stones arranged in the right shape. The animal slain and laid out properly. Perhaps now they would remember the ancient ways. Perhaps this would spark their recollection, awaken their hearts once more. It was time for the evening sacrifice.

Once, this practice had been so ingrained in the lives of the people that they arranged their lives around it. Once, they had kept the commands of God to remember, each day, His faithfulness, morning and evening. The fires in the temple had continued to burn, day and night, even as they had burned in the Tabernacle for all of those years. But those days were in danger of being forgotten altogether. While the well-worn and ancient paths to the Temple became overgrown with weeds, the people created their own. They followed whatever fool came along with a nice-sounding theory. The newest ideas were all the rage—Baal, Ashtoreth, or something else—the name was unimportant, as long as it was exotic and seemed fresh. How empty and futile these idols! How impotent to offer life and real hope! But there was always another one to try, it seemed. Anything but the One True God.

But the time had come. The altar had been rebuilt, the stones in place. Elijah secretly loved watching all that water poured out over the stones, even filling the trenches. Scarce water, poured out over and over. Maybe now they’d be reminded of Who the Source of Life was. Maybe they’d turn to the God who reigned on high, who caused the sun to shine and rain to fall. The time for the sacrifice had come. Elijah was ready. The people were quiet. Watching. Expectant. The fire would soon flash from the sky. Elijah knew. The rain would come, soon enough. But what he didn’t know, what he had prayed and prayed and prayed for, was much, much bigger. Would the people recall their birthright? Would their hearts turn back to God again? Was it possible for them to remember? It was time to find out.

Posted by rgotthardt on June 18, 2014 in Uncategorized

A Tribute to Discomfort

The title of this video grabbed my attention immediately.  We live in the “Age of Comfort”- from our comfortable chairs to our comfortable shoes to our often all-too-comfortable faith.  Not that comfort is inherently wrong, just that it can lull us towards choosing the paths of least resistance.  By contrast, Jesus invites us to choose narrow roads, a narrow gate, and to take up our crosses and walk challenging paths.  He also promised that “in this world you will have trouble”, a Bible promise few claim as comfort.  Yet, without exception, it is the hard paths, tough times, the “dangers, toils, and snares” that serve to grow and stretch and mature us in Him.

So watch, be inspired and encouraged, and let’s choose our paths wisely and well. 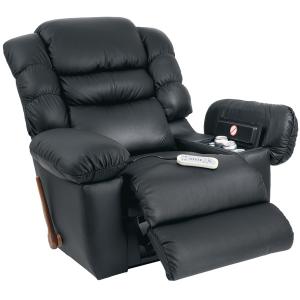 Posted by rgotthardt on June 12, 2014 in Uncategorized

The Story of Your Life

“A long time ago in a galaxy far, far, away, a great adventure took place.” Those words are the opening for… come on, now… that’s it, Star Wars. The current One Direction song, “The Story of My Life”, is very popular, but for the life of me I can’t decipher what the lyrics mean.  Oh, well.  I’m not the target audience.  But it does raise an interesting question:  What is the story of your life? And why does it matter?

Maybe you hadn’t considered this, but you have a story that is all yours– the story of your one and only life. It’s the one you are living in right now. Perhaps it’s a story with lots of twists and turns and unexpected detours. Some days it might feel like a romance, others like a sit-com. Most people I talk to seem to feel that their story is not very interesting, not deeply significant or stirring. I couldn’t disagree more.

And he invited you and I to live our story before Him and with Him and others, and to do it fully, as engaged participants. Far too many people these days seem to be walking through their lives as if they were spectators to someone else’s story. But your story, your life, is not a book to be amused by, or a tale to listen to with bland detachment. This is your one and only life- enter it fully, deeply, passionately! And mostly, pay attention. One of my favorite authors, Frederich Buechner, says it this way:

“Listen to you life. See it for the fathomless mystery it is. In the boredom and pain of it, no less than in the excitement and gladness: touch, taste, smell your way to the holy and hidden heart of it, because in the last analysis all moments are key moments, and life itself is grace.”

“Once upon a time, there was… there is… you.” Live that story, to its fullest.

Posted by rgotthardt on June 9, 2014 in Uncategorized